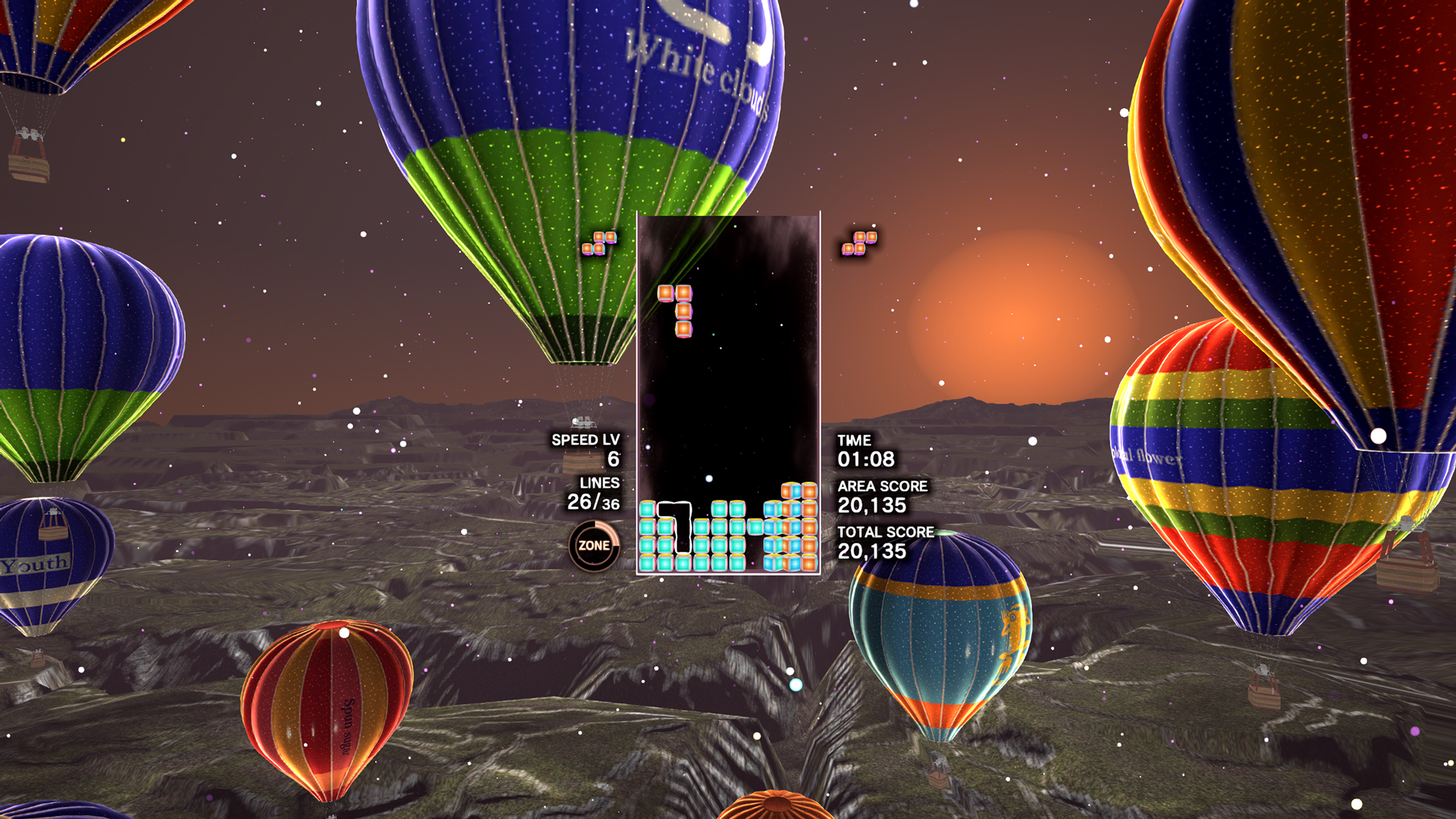 TETRIS® EFFECT IS NOW AVAILABLE ON OCULUS QUEST
Kick Back, Unwind and Find Your Inner Zen in VR

TOKYO, Japan – May 14, 2020 – Enhance and The Tetris Company, Inc. announced today that their acclaimed game Tetris® Effect is now available to play on Oculus Quest, downloadable through the Oculus Store. Winner of over 50 awards, including Giant Bomb and Eurogamer 2018 Game of the Year, Tetris Effect has earned praise from players and critics alike, including awards for best audio, visuals, and even a spot on several “best games of the decade” lists.

Escape your living room and dive into the zen-like adventure of Journey Mode, as you explore and experience everything from the calm vibes of Deep Sea all the way to the heart-pumping excitement of Celebration. Or pick from any of the four Effect Modes, all categorized to fit your mood (or the mood you’d like to feel) – relaxed, adventurous, focused, or nostalgic. Lose yourself in the hypnotic gameplay of Tetris, amplified by captivating soundscapes and surreal visuals in this fully immersive, state-of-the-art VR-only experience.

About Tetris® Effect
Tetris® Effect is Tetris like you’ve never seen it, or heard it, or felt it before—a breathtakingly gorgeous reinvention of one of the most popular puzzle games of all time, from the people who brought you the award-winning Rez Infinite and legendary puzzle game Lumines. The new Oculus Quest version is only available via download on the Oculus Store.

Named after a real-world phenomenon where players’ brains are so engrossed that images of the iconic falling Tetrimino blocks (i.e. the Tetris playing pieces) linger in their vision, thoughts, and even dreams, Tetris Effect amplifies this magical feeling of total immersion by surrounding you with fantastic, fully three-dimensional worlds that react and evolve based on how you play. Music, backgrounds, sounds, special effects—everything, down to the Tetriminos themselves, pulse, dance, shimmer, and explode in perfect sync with how you’re playing, making any of the game’s 30+ stages and 10+ modes something you’ll want to experience over and over again.